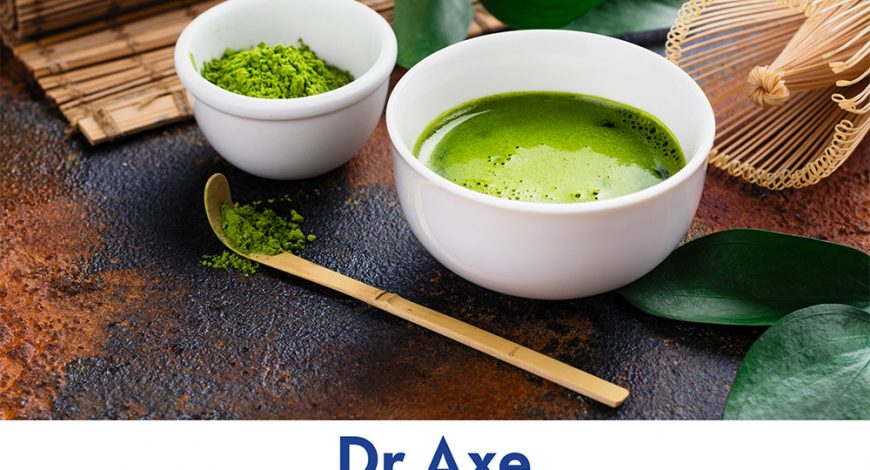 Curious about the next “it” beverage? Look no further: It’s called matcha green tea — and the health benefits are astounding!

Heralded by top nutritionists, health experts and even popular among health-conscious celebrities, matcha is not your typical green tea. This high-grade, finely ground, concentrated green tea has been traditionally used in Japanese tea ceremonies for hundreds of years.

As a fat-burner and even a cancer-fighter, matcha leaves other teas in its dust. Numerous studies have shown that naturally occurring chemical compounds in matcha are anti-carcinogenic by inducing cancer cell death and inhibiting cancer cell growth. Matcha is also rich in antioxidants, has free radical-scavenging activity and encourages your body’s natural detoxification systems. What more could you ask for?

We all know that green tea benefits are amazing, but when you consume matcha, you consume all of green tea’s benefits in the most concentrated form — and the health benefits are amplified! The secret behind matcha’s super strength is found in its polyphenol compounds called catechins, a type of antioxidant found in superfoods like green tea, cocoa and apples. Valued for being more catechin-dense than most items, green tea provides unbelievable health benefits for people who regularly drink it. And this is especially true of matcha, a concentrated powdered form of green tea.

Research has shown that green tea consumption can reduce the risk of cancer. Some of the specific cancers where risk reduction has been scientifically demonstrated include:

According to the National Cancer Institute (NCI), the catechins in matcha green tea (EGCG, EGC, ECG and EC) are so powerful that they may actually help prevent cancer, potentially making match one of the top natural cancer treatment options out there. While it might seem outrageous that regularly drinking something as common as green tea can put you at a lesser risk, it’s not that far-fetched. The NCI provides the following explanation:

That’s a pretty impressive list of attributes, right? If that were all matcha could do, that’d be a lot. But it does a lot more than prevent cancer.

There is good reason that matcha made my list of 15 Ultimate Fat-Burning Foods. When it comes to boosting your metabolism and helping with weight loss, science shows that few things are more beneficial than matcha green tea. A study in the American Journal of Clinical Nutrition compared the effects of drinking one bottle of oolong tea containing 690 milligrams of catechins versus drinking one bottle containing 22 milligrams of catechins. In the study, 35 healthy Japanese men with similar BMI and waist circumference distributions were divided into two groups.

The researchers gave one group the 690 milligrams of tea and the other group the 22 milligrams of tea. After 12 weeks, they observed that body fat mass, BMI, body weight, subcutaneous fat area and waist circumference were all “significantly lower” in the 690-milligram catechin group than in the 22-milligram group. Even more astounding were the modifications in LDL levels due to the dramatic decreases in body fat mass and total fat area.

From these results, researchers confidently concluded that because drinking tea containing 690 milligrams of catechins for 12 weeks reduced body fat, consuming catechins could aid in the prevention and improvement of many diseases — especially obesity.

Another fascinating aspect of matcha green tea is that clinical tests suggest it can help speed recovery in athletes whose focus is high-intensity workouts like burst training. It’s also been shown to reverse cellular damage caused by oxidative-nitrosative stress. Oxidative-nitrosative stress is just a fancy term for the internal imbalance of free radicals and antioxidants. And this imbalance ultimately destroys cells, prevents their repair and causes disease.

A study published in Basic and Clinical Pharmacology and Toxicologyevaluated the potential affect EGCG had on mice with chronic fatigue syndrome that were forced to swim for six minutes a day over a period of 15 days. After this intense activity regimen, researchers discovered that the animals experienced significant increases in oxidative-nitrosative stress and tumor necrosis factor-alpha levels, which is a biochemical marker for cell death. Astoundingly, by administering continual dosages of EGCG, the researchers found that both of these alterations were completely reversed.

Of all the natural antioxidant-rich foods, matcha green tea contains some of the highest levels of catechins. As a result, drinking matcha regularly can greatly aid in workout recovery, burn fat, encourage strength at a cellular level and even be part of a natural cancer treatment program.

So, if you’re looking to maximize the power of tea in your daily routine, look no further than brewing up and enjoying a nice, hot cup of matcha green tea.

We use cookies on our website to give you the most relevant experience by remembering your preferences and repeat visits. By clicking “Accept All”, you consent to the use of ALL the cookies. However, you may visit "Cookie Settings" to provide a controlled consent.
Cookie SettingsAccept All
Manage consent

This website uses cookies to improve your experience while you navigate through the website. Out of these, the cookies that are categorized as necessary are stored on your browser as they are essential for the working of basic functionalities of the website. We also use third-party cookies that help us analyze and understand how you use this website. These cookies will be stored in your browser only with your consent. You also have the option to opt-out of these cookies. But opting out of some of these cookies may affect your browsing experience.
Necessary Always Enabled
Necessary cookies are absolutely essential for the website to function properly. These cookies ensure basic functionalities and security features of the website, anonymously.
Functional
Functional cookies help to perform certain functionalities like sharing the content of the website on social media platforms, collect feedbacks, and other third-party features.
Performance
Performance cookies are used to understand and analyze the key performance indexes of the website which helps in delivering a better user experience for the visitors.
Analytics
Analytical cookies are used to understand how visitors interact with the website. These cookies help provide information on metrics the number of visitors, bounce rate, traffic source, etc.
Advertisement
Advertisement cookies are used to provide visitors with relevant ads and marketing campaigns. These cookies track visitors across websites and collect information to provide customized ads.
Others
Other uncategorized cookies are those that are being analyzed and have not been classified into a category as yet.
SAVE & ACCEPT
Select the fields to be shown. Others will be hidden. Drag and drop to rearrange the order.
Click outside to hide the compare bar
Compare